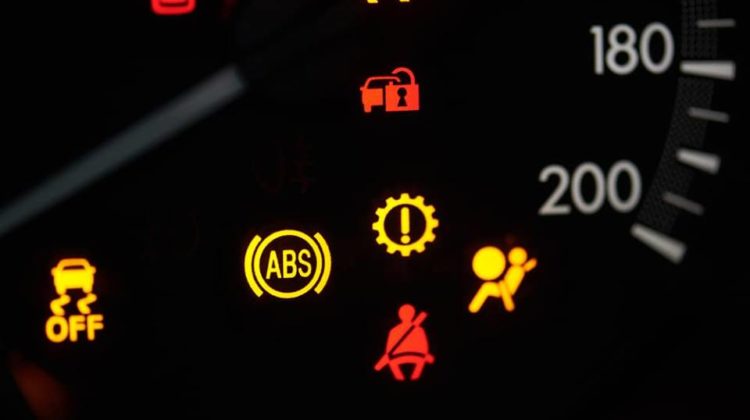 When we start our car, the dashboard of the car glows with all the alert symbols including ABS symbol even though the sign goes away within seconds which is normal! The sign might not go sometimes. In that case, consider the case to be abnormal! Although the problem of ABS symbol not going away can be solved with a scan tool, today’s article will show you something else ! You will learn how to reset ABS light without a scan tool. Keep reading to know-how.

A car owner has every right to know each and everything about their car. Moreover knowing detailed information about your own car will never go in vain. Furthermore, it’s not a wastage of your knowledge if you know how to reset ABS light without a scan tool!

ABS which stands for Anti Lock Braking System is a safety anti-skid braking system that is used on aircraft and on land vehicles like cars, motorcycles, trucks, & buses. ABS functions by preventing the wheels from being locked up while braking, therefore, helping to maintain traction control with road surfaces. Furthermore, this is an automated system. The driver needs no knowledge as it operates without any manual assistance from the driver.

How to reset ABS light without a scan tool; this is what you need to know!

Issues that could light up the ABS alert

The ABS control module is a microprocessor that runs diagnostic checks of a vehicle’s antilock braking system and processes information from wheel-speed sensors and the hydraulic brake system to figure out when to release braking pressure at a particular wheel that is about to lock up and start gliding.
Sometimes corrosion might take place over the control module which eventually increases the wire resistance thereby delaying or totally halting communication between the module, the wheel speed sensor, and the hydraulic brake system. A negligible amount of corrosion will lead to the pop-up of ABS light in the dashboard. So, you need to know how to reset ABS light without a scan tool.

The wheel speed sensor determines the number of wheel rotation per minute or in short it is also called RPM. The following information is then sent to the ABS. If abs find one of the wheels is moving slower than the other, the system increases the pressure of the brake fluid so that the wheel can balance out with the other wheel.
Excessive thermal conduction on the speed sensor might damage the senor. This might result in ABS light popup inside the dashboard

The hydraulic system works with the help of hydraulic fluid. This fluid is incompressible. So when the driver applies to break with little force, the energy is transmitted in huge amounts via the fluid to the brake making the wheels slow down as being desired by the driver.
Sometimes ABS also operates this braking system automatically to enhance car traction control.
Sometimes the hydraulic fluid level becomes flat making the ABS system not work properly which ABS detects resulting in the pop-up of the ABS light in the dashboard indicating ABS is failing to work properly.

The brakes must be changed within their lifespan. If not replaced, the brake pads become faulty for which applying break does not result in effective breaking. ABS system detects the problem. ABS signal on the dashboard pops up indicating there is some problem for which the ABS system is failing to operate properly.

How To Reset ABS Light Without Scan Tool

ABS light might popup due to an emergency brake’s failure. It is when the brake fails to go down adequate enough to be applied. The solution is to keep readjusting the emergency brake until the light turns off.

As mentioned earlier in this article that due to short circuit ABS fuse might blow up resulting in popup of ABS light in the dashboard, You must replace the ABS fuse in order to eliminate the popup light.

Connect a voltmeter setup to the sensor and spin the wheel to produce voltage. The voltage will be proportional to the speed of the wheel. Sometimes speed sensors might fail to record. In that case, replace the sensor. Metal particles stuck in the sensor might also hamper the performance so clean the sensor. Also, look out for missing teeth in the starter ring or the ABS reluctor.

Replace the ABS microprocessor unit with a new unit. The new unit should be identical to the new one. Once you fit the new microprocessor, tighten the mounting bolts squarely into the pump and valve for proper working.

Finally, I think if you read the whole article you will get to know why ABS light popped up in your dashboard and how to reset ABS light without a scan tool. Cheers!

If you find this article interesting, then we would recommend you to visit our article about What Are The Benefits Of Maintaining Your Vehicle?

autolatestparts.com is a member of the Amazon Associates Program, a partner promoting program intended to give away to locales to procure publicizing expenses by publicizing and connecting to amazon.com. Moreover, autolatestparts.com takes an interest in different other offshoot projects, and we once in a while get a commission through buys made through our referral links.